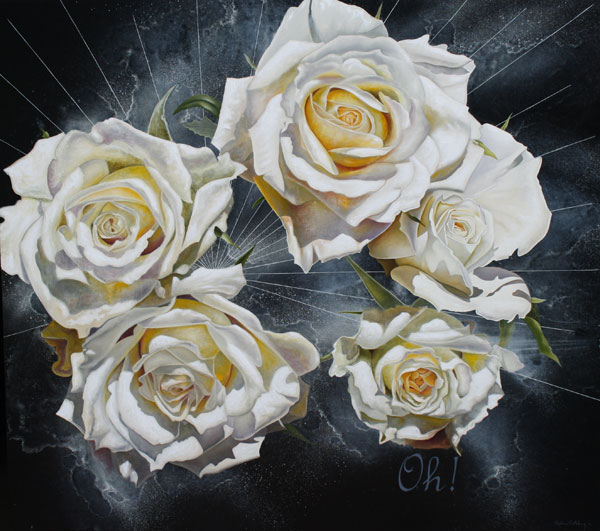 We all know that in order to succeed at writing we need to persist. But the truth is that sometimes the going gets pretty tough. There are no longer “Patrons of the Arts” to support us creative folk while we slave away, which means our financial situations (especially if we’re devoting a lot of time to our art) are often precarious. On days when the rent is due, or the electricity bill, or the school fees, the nagging doubts –  about whether we’re doing the right thing, whether we’d be better off just chucking in the towel and getting a Real Job – are deafening.

What keep us writing then?

Strength. Strength of will and mind,which enables us to keep on going even though the promise of reward may still be far in the distance. Strength to endure rejections and losses and go back for more. The strength to see it through, to give it one more year, one more month, one more day. To write one more word, even when we don’t feel like it.

Courage. You have to be either brave or foolish to take on writing, or any other art form for that matter, and try to make a living from it. It takes guts. The courage of the fool, stepping blithely off the precipice trusting she’ll be  caught.

Faith. Faith in yourself. Faith in your work. Faith that one day, some day, hopefully sooner rather than later, all the work you’ve been doing will be rewarded (and by that I mean paid for – with money!) You have to believe that being called to pursue art seriously was not just the whim of the Gods, but an offer. Trust that your dreams will come true.

My friend Stephen Nothling, who currently has an exhibition showing at Eva Breuer Galleries in Sydney, is a great example of these three qualities. When I first met him in the mid-eighties he was living rough in his studio in the Metro Arts Building in Brisbane, painting every day and holding shows regularly. One of his early murals still decorates the ceiling of the foyer. These days he lives with his partner, Dierdre, and their two lovely children just around the corner and he’s still painting. Six days a week. He’s had years of success and acclaim and others that were lean and mean. But still, every day, he gets up, goes to his studio and paints something beautiful. And they are beautiful as you can see from the picture above. Click on his name at the Gallery site for more and you’ll see what I mean. http://www.evabreuerartdealer.com.au/home.html

If that isn’t strength, courage and faith enough for you then factor into the equation his visual impairment. Stephen can hardly see and paints his massive canvasses with tiny brushes, his nose millimetres from the cloth. He is an inspiration. He once told me that the world needs artists, just as much as it does butchers and bankers. And I agree. Without art, in all its forms, we forget how precious and beautiful life is.

Thank you Stephen and all those artists who never give up.

Sending you all the strength, courage and faith you need.

8 thoughts on “STRENGTH, COURAGE AND FAITH”